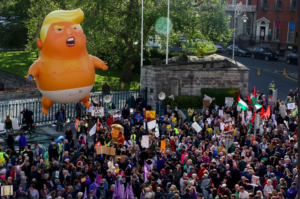 Uplift members are standing up for democracy

Over fifty new laws are being blocked in the Dáil right now because of the misuse of a tool called a ‘money message’. The laws blocked include lots of the campaigns we’re all working on together — from banning fossil fuel exploration to reuniting the families of refugees. The money message is a rule that allows the government to overrule bills introduced by politicians who aren’t in the Government because of ‘financial implications’. But the government is abusing the rule — by smacking a Money Message on almost every new law that comes from outside the Government. Now Uplift members have chipped in for an investigation to gather evidence into exactly how the money message is being abused so that we can campaign to stop it being abused.

Have you ever found yourself sharing or reacting to something on social media and then realising that it’s made up? The spread of information designed to mislead, spread lies and create confusion is a growing problem for us all. Now Uplift members will have the chance to learn how to spot ‘fake news’ as well as how to successfully engage in online discussions that challenge untruths and misinformed posts. Participants will be able to sign up soon but in the meantime to make sure you don’t miss the application why not send an email to [email protected] if you are interested in joining.

Uplift is exposing the truth about toxic Glyphosate

The campaign to stop toxic glyphosate being sprayed on our food and drink stepped up this summer. Uplift members paid for a billboard to park outside Agriculture Minister Michael Creed’s office in Macroom and we launched our call for politicians to be tested for glyphosate in their bodies. So far five politicians have agreed — along with chef Darina Allen. The pressure is on to get to ten and once the results are in a press conference will be organised to announce the results. 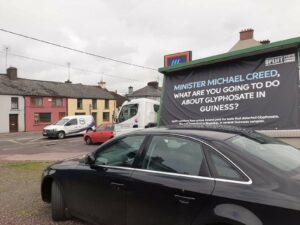