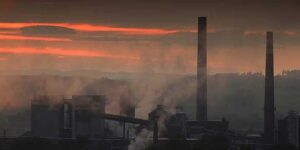 Fracking has been banned in most parts of Ireland and the proposal to allow exploratory drilling in Fermanagh is harmful and damaging for people, wildlife, the local economy, agriculture and the environment.

Our community has identified a number of concerns in relation to fracking and underpin our strong opposition to issuing a licence to Tamboran to commence exploration for shale gas.

97% of people who participated in this submission process are deeply concerned about contamination of water sources as a result of the fracking process.

Fracking typically involves drilling deeply into the earth ie greater than a mile underground — far deeper than the water-bearing rocks (aquifers) from which we get our water supplies. Water supplies can easily be contaminated especially if drilling takes place close to water bearing rocks. Sand and chemicals used in the fracking process can also end up in the water supply — causing significant health risks and problems.

“We need to focus our attention on developing clean forms of energy and not head down this environmentally damaging and potentially dangerous cul de sac. Co. Fermanagh is absolutely beautiful and it would be a disgrace to destroy its landscape and potentially threaten its population in pursuit of short-term profits.” Nora

85% of Uplift members who took part in this submission process are extremely concerned about the risk of earth tremors associated with fracking.

Any process that injects pressurised water into rocks at depth will cause the rock to fracture and possibly produce earthquake tremors. Research has now linked distant earthquakes to fracking, providing evidence that much larger areas surrounding sites may be at risk from drilling operations than previously demonstrated.

“Fracking interferes with the structure of the earth’s crust and can cause surface disturbance. Fracking uses many toxic chemicals which cannot be disposed of safely. Fracking causes injury to people.” Ann

The continued reliance on fossil fuels

92% of members believe that allowing fracking to proceed in Fermanagh reinforces the continued reliance on fossil fuels.

Fracking is also distracting energy firms and governments from investing in renewable sources of energy, and encouraging continued reliance on fossil fuels. Shale gas is a dirty fuel and is not the answer to the energy challenges Northern Ireland face — this approach will in fact contribute to the problems of the climate emergency.

“We have a climate emergency and this requires that we do not extract new carbon fuel — as Greta said, we have run out of excuses and we are running out of time. Also, fracking has been shown to damage the environment and this must be protected not harmed.” Ann

The release of methane

95% of respondents are extremely concerned that the methane gas that leaks from fracking wells is 86 times more powerful a greenhouse gas than CO2.

The drilling and extraction of gas from wells and its transportation in pipelines results in the leakage of methane — the primary component of natural gas that is 34 times stronger than CO2 at trapping heat over a 100-year period and 86 times stronger over 20 years. Methane emissions are responsible for about a quarter of the human-caused global warming we’re suffering today.

‘Expanding fracking is stoking up global warming which the UK and Irish governments have pledged to help stop by declaring a climate emergency.” Bob

93% of Uplift members are extremely concerned about the potential increase in air pollution.

A growing body of scientific evidence links fracking to serious risks to air quality and health. Chemicals found in air samples included benzene and formaldehyde, which raise the risk of cancer, and hydrogen sulphide, which smells of rotten eggs and causes eye and respiratory tract irritation, fatigue, loss of appetite, headache, irritability, poor memory and dizziness.

Pollutants increase the production and long-term lingering of smog, which decreases the availability of clean air for workers and local residents.

“The environmental damage it will cause far outweighs any potential benefit, particularly when the only people to profit would be rich shareholders. The local area will be affected for decades to come. Further reliance on fossil fuels should be avoided, and the company responsible should be researching and funding alternatives.” John

92% of members are extremely concerned about the health risks on babies and young children posed by the release of pollutants during the fracking process.

Scientists analysing studies looking into the presence of chemicals at fracking sites in the US have found that the presence of pollutants ranging from airborne particulates to heavy metals could affect the neurodevelopment of babies and children in the area. They focused on five major groups of pollutants including heavy metals, chemicals that disrupt hormone systems and particulates. These substances have been linked to effects ranging from memory, learning and IQ deficits to disorders including anxiety and schizophrenia, as well as behavioural problems including hyperactivity and aggression.

92% of people contributing to this submission are extremely concerned about the impact fracking may have on the developing foetus.

Researchers in West Virginia in the US found endocrine-disrupting chemicals in surface waters near wastewater disposal sites; these types of chemicals can hurt the developing fetus even when present at very low concentrations.

“We are currently in a climate crisis. We have a very short time to resolve so many issues and encouraging this type of extraction from our planet is not conducive to this sort of eco- unfriendly business. It is morally reprehensible and irresponsible.’ Lesley

93% of members are extremely concerned about the increased likelihood of having a premature baby and of having a pregnancy classified as high-risk if living close to a fracking site.

The Johns Hopkins Bloomberg School of Public Health in the US examined the health of Pennsylvania residents both near to, and far from gas fracking operations. They found that pregnant women who live near natural gas fracking wells are 40% more likely to give birth prematurely and a 30% increased incidence of ‘high-risk’ pregnancies.

“Please consult the science on climate change. Explore the options for the future and support and engage with those that will give a healthy future to our children’s grandchildren and the planet. At this point we have already committed our children to a lifetime of chaos. Help them by stopping fracking in NI and the rest of the UK please.’ Sheila

83% of Uplift members are concerned the noise from the drilling — the gas compressors, heavy equipment and the truck traffic is highly disruptive to local communities

Environmental noise is a well-documented public health hazard. Large-scale epidemiological studies have linked noise to adverse health outcomes including diabetes, depression, birth complications and cognitive impairment in children. Noise exposure, like other health threats, may disproportionately impact vulnerable populations such as children, the elderly and people with chronic illnesses.

“Under no circumstances should it be allowed. It will ruin the county, the environment and the quality of people’s lives.” Gerry

Waste as a byproduct of fracking

96% of respondents are concerned about the generation of waste as a byproduct of the fracking process including sludge created by of toxic chemicals and undrinkable water.

Fracking waste refers to waste produced by the extraction of oil and/or natural gas using hydraulic fracturing, either high-volume fracking or conventional, low-volume fracking. Types of fracking waste include 1. Flowback fluid (or flowback water) 2. Wastewater that then returns to the surface soon after a well is fracked, consisting mostly of water, injection fluids, and chemicals. 3. Production brine (or produced water) 4. Wastewater that flows to the surface during oil and gas well production. 5 Solid waste (for example, drill cuttings, drilling muds, and sand) 6. Soil, rock, and other solid materials that are removed when a well is drilled, and sand that returns to the surface after a well is fracked.

“At a time when we are all trying to make the world cleaner and better for our offspring, this is just wrong on so many levels. There is nothing good to come out of it.” Ian

Excessive use of water

91% of Uplift members are worried about the excessive use of water in the fracking process.

Hydraulic fracturing involves the use of significant amounts of water. In the US studies on various areas where fracking is commonplace have found a substantial growth in the volumes of water used in these areas.

“It is madness to allow fracking in Fermanagh — unacceptable environmentally and health wise for the local people, Ireland as a whole, and the planet.” Teresa

92% of people are extremely concerned that coughing, shortness of breath and wheezing are the most common health complaints of residents living near fracked wells.

An epidemiological study of more than 400,000 patients of US Pennsylvania’s Geisinger clinic, carried out by the Johns Hopkins School of Public Health, found a significant association between fracking and increases in mild, moderate and severe cases of asthma.

They found that people with asthma who live near bigger or larger numbers of active unconventional natural gas wells operated by the fracking industry in Pennsylvania are 1.5 to four times likelier to have asthma attacks than those who live farther away.

“Fracking has proven bad for health and should not be allowed.” Jon

Links between cancer and fracking

96% of Uplift members contributing to this submission are extremely concerned about the possible links between fracking and cancer.

Yale School of Public Health researchers undertook studies that confirmed that numerous carcinogens involved in the controversial practice of hydraulic fracturing have the potential to contaminate air and water in nearby communities.

Their study also suggests that the presence of carcinogens involved in or released by hydraulic fracturing operations has the potential to increase the risk of childhood leukemia.

89% of people are concerned that if fracking is allowed to proceed in Fermanagh that tourism in the area will be negatively affected.

Tourism is Fermanaghs second most important economic activity. The proposed fracking site are in areas of high scenic value which includes the UNESCO Geopark and many Areas of Outstanding Natural Beauty and Sites of Special Scientific Interest.

“It will have a negative effect on the environment, on the landscape and especially on peoples’ livelihoods, health and wellbeing. This will impact on communities both north and south of the border for the future.” Alice

93% of people are very concerned about the impact fracking will have on farming, fishing and food production in Fermanagh if fracking is allowed to go ahead there.

The agri-food and food processing sectors contribute heavily to the local economy and agriculture is the backbone of Fermanaghs economy. Fishing is an important activity and brings many visitors to the area.

The presence of fracking can also impact on farmers and local businesses to get insurance and finance. In 2013, Rabobank announced that it will no longer provide loans to farmers who have active shale gas leases, due to its policy of not investing in fossil fuel extraction with unknown risks.

“We are currently in a climate crisis. We have a very short time to resolve so many issues and encouraging this type of extraction from our planet is not conducive to this sort of eco- unfriendly business. It is morally reprehensible and irresponsible.” Una

Uplift members are deeply opposed to allowing fracking in Co Fermanagh or anywhere on the island of Ireland. We fundamentally believe that fracking causes irreparable damage to human health, nature, the environment and local communities.