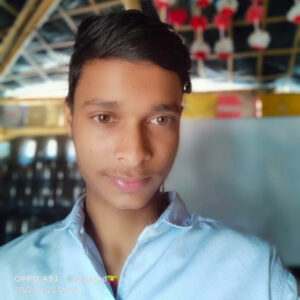 Maung Sawyedullah is a leading advocate and activist in the Rohingya community at the forefront of fighting for accountability, currently displaced in Cox’s Bazar refugee camp, Bangladesh. Maung and 15 other Rohingya activists have made a complaint against Meta to the OECD claiming that Facebook violated human rights standards for the role it played in the 2017 genocide of Rohingya people.

Entire villages were burnt to the ground, families were murdered, women and children raped and communities left destitute when the Myanmar military unleashed a torrent of violence on my community, the Rohingya Muslim population in August 2017. More than 80% of us were forced to seek refuge in neighbouring countries, like Bangladesh.

In Myanmar at the time, Facebook effectively was the internet, many people’s only source of information. The company Meta, formerly Facebook, knew it’s algorithmic systems were ‘supercharging’ the spread of hateful, violence, and discriminatory anti-Rohingya content in Myanmar – but stood by and let the spread of disinformation and hate spread like wildfire.

Earlier this year, the United States determined that the Myanmar military set out with “the intent to destroy Rohingya, in whole or in part,” thus declaring the genocide and crimes against humanity against Rohingya as the eighth such event to have happened in the world.

After 5 years of tireless campaigning, justice remains a distant dream for my people. I, along with 15 other Rohingya community leaders, are not giving up – in spite of the huge barriers we face and the continued denial of the opportunity to rebuild what we’ve lost: to educate ourselves; to keep ourselves safe; to have freedom.

Chief among those barriers is Meta. Amnesty International recently published a groundbreaking report, outlining just how the social media platform ‘substantially’ contributed to the atrocities committed against Rohingya people.

Our search for justice will be incomplete until Meta admits its role in the atrocities committed against us. That’s why we are taking on the trillion-dollar company by making a complaint to the Organisation for Economic Co-operation and Development (OECD). This international body is charged with ensuring that corporations around the world respect human rights in their business practices.

We cannot bring back the lives we lived prior to 2017. What we can do is hope for the future  and empower ourselves to rebuild our lives. Meta earned billions of USD from the spread of hate on Facebook in Myanmar. Now, they are refusing to make even a modest contribution of US $1million to fund educational programmes to help us rebuild our lives.

This is a drop in the ocean of Meta’s profits. But over the years, despite numerous requests for them to fund education programs for our community, they have ignored or rejected our calls.

Ireland is a big tech ‘superpower’

The genocidal violence unleashed against Rohingya communities was driven by an ‘anti-Rohingya echo chamber’ facilitated by Meta. And the decisions that led to how Facebook operated in Myanmar, were largely made in glass-walled boardrooms of Facebook Ireland, in Dublin’s ‘Silicon Docks’.

Ireland has long-hailed itself as a leader in digital spaces, presenting both a responsibility and an opportunity to keep people safe online far beyond your own borders. The weight of decisions made here by Meta Ireland, the worlds ‘big tech’ superpower, has a huge impact on communities like mine, right across the world.

Meta knew, and choose to do nothing

Meta’s business model prioritises keeping people engaged on their platforms, Facebook and Instagram, for as long as possible. Central to this is keeping eyes glued to what’s happening on our newsfeeds. The more time we spend scrolling, the more data about us is sold to advertisers, increasing Meta’s profits.

During the violent ethnic cleansing in 2017 and for many years previously, Meta’s content-shaping algorithms proactively amplified and promoted content on the Facebook platform which incited violence, hatred, and discrimination against the Rohingya.

At multiple points Meta’s business model, intent on aggregating as much data as possible, was flagged by activists on the ground as leading to the amplification of hate and extremism. No one knows more about the acute dangers of this irresponsible – and deliberate – platform design than Rohingya Muslims.

Something Irish readers will perhaps be unaware of is the dominance of Facebook in developing markets. Facebook was not just a social media platform on the internet, it was the internet. The company sought to monopolise the market in Myanmar by enabling access to the platform without incurring data charges, meaning its usage across the country was  both free and widespread. Recognising this, the Indian government in 2016 banned a similar move by Facebook in their country.

Hope on the horizon

The role of social media misinformation in the rise of Trump, Britain’s decision to leave the European Union and in climate denial has been well documented. But despite a massive body of evidence, with the exception of some dedicated allies, few in the international community seem to care about the tragic impacts Meta’s algorithms had on my community and country.

What happened to my community is unthinkable and unspeakable – in a way few people can truly comprehend. Yet despite international efforts, Meta continues to ignore our calls for them to help in some small way by paying for educational programmes for our people exiled in refugee camps. By refusing to engage with us, Meta is prolonging the suffering of many people.

Ireland likes to think of itself as punching above its weight on the international stage. The welcome extended to tens of thousands of Ukrainians fleeing Putin’s illegal war, your seat on the UN Security Council and “greening the world” on Paddy’s Day.

Ireland can be a truly global player in tech too: driving forward and hosting exciting new developments in technology that can make us truly more connected, greener and safer. But it begins with calling out hatred for profit. Meta must face the music: stop incentivising anger and hate and pay what it owes to my community.

This week, as the Irish government brings together European Commissioners, top executives and civil society together to discuss the future of tech in Ireland, you face an important question: is Ireland interested only in the opportunities, or the responsibilities too?