Uplift is a people powered community made up of people who share progressive values and take coordinated action together. Uplift members were invited to contribute their ideas and vision for a progressive Ireland and to identify campaign priorities for Uplift. The ideas, suggestions, and views shared were incredibly rich and diverse. More than 500 ideas were suggested. 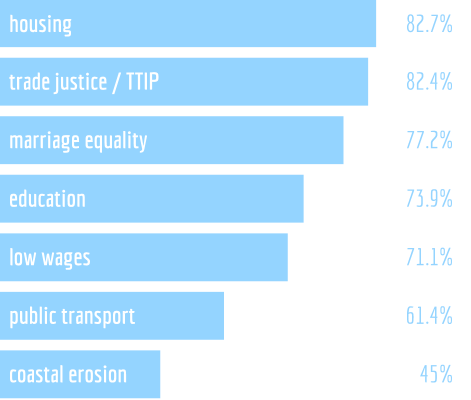 The ideas and suggestions about what a progressive society would look like have been compiled under a number of headings. The headings reflect the themes that emerged when the responses were analysed.

Hint: You can explore individual comments from Uplift members by clicking on any of the headings below.